Lillian Michelson, the founder of the Michelson Cinema Research Library, the legendary repository of all things Hollywood, announced that she is donating her library and life's work to the Internet Archive, to be preserved and digitized for online access by the public.

The first phase of her new digital collection, housed at the Internet Archives' digital platform was unveiled on January 27, 2021. The digitized materials are fully searchable. When packed, Lilian Michelson's rich collection of 5,000 books, 30,000 photographs, and more than 1,000,000 clippings, scrapbooks and ephemera filled more than two 18-wheel tractor trailers.

For 50 years, Michelson's research informed scores of Hollywood films, including The Right Stuff, Rosemary's Baby, Scarface, Fiddler on the Roof, Full Metal Jacket, The Graduate, and The Birds.

Her story was told in Harold and Lillian: A Hollywood Love Story, a 2015 documentary produced and directed by Daniel Raim. Variety calls the film: "A passionate and beguiling movie-love documentary that shines a light on two of the unsung artisan heroes of Hollywood." 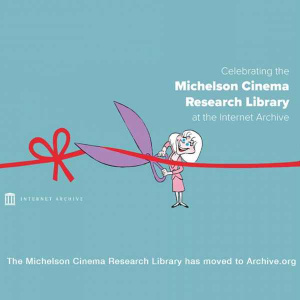